Who are you callin' a Succubus?! Wretched Wednesday

Due to my (un)healthy obsession with television and my
(un)natural love of my DVR, I am officially a TV junkie.
I record so much TV every week, but I do manage to watch
some really cool and strange and funny shows that I would
probably miss if I had to rely on the antiquated way of watching TV.

One of my favorite shows to watch is "Lost Girl" on Syfy channel.
At first I wasn't feelin' it, as it started right after "Being Human" and I
had a hard time transitioning from werewolves and vampires, to the world of
the light and the dark Fae. Huh? Isn't that the premise for "True Blood"?
Anyhoo, as result of my having a girl crush on "Kenzie" (the main character's sidekick),
I was inspired for this week's challenge.
Yup! That was me!!
"Who are you callin' a Succubus?!"
What exactly IS a Succubus you ask?
In folklore traced back to medieval legend, a succubus (plural succubi) is a female demon or supernatural being appearing in dreams, who takes the form of a human woman in order to seduce men, usually through sexual intercourse. The male counterpart is the incubus. Religious traditions hold that repeated intercourse with a succubus may result in the deterioration of health or even death.
In modern fictional representations, a succubus may or may not appear in dreams and is often depicted as a highly attractive seductress or enchantress; whereas, in the past, succubi were generally depicted as frightening and demonic.

We are sponsored by Kenny K who has such a talent for drawing hot ladies.
And he also draws some really cool guys and animals too!
Kenny has generously offered up 2 digis of choice to each of the GTs this week!
Up first, is Fiona using Carmen Electrafying from Kenny K.

Super cool use of both wicked images together! 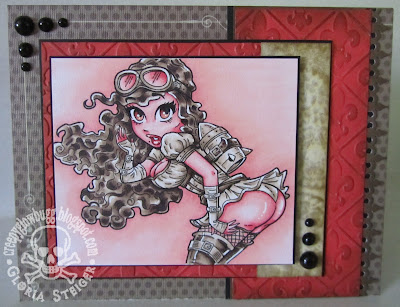 I went in another direction entirely.
No matter how hard I tired to keep in the dark, Gothic vein, the cards I was working on kept going in the vintage, faded direction. I even switched images thinking I could
darken up Jane Jettpack, but she turned out rather vintage in over all feel. 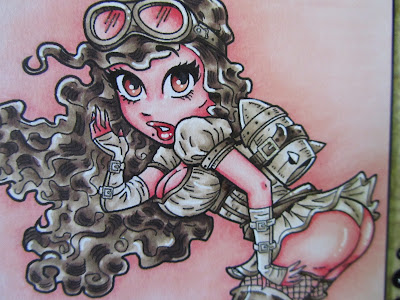 Can you say, "Hottie"?!
The challenge has been set.
Let's see your sinister, your wicked,
your naughty ladies!!
You have until Sunday at 5PM CST to enter!!

And now for the Gruesome Twosome from last week's
"Hiding in the Corners" challenge, sponsored by
Stitchy Bear Stamps.
Aletha 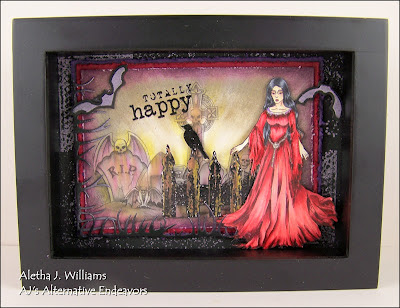 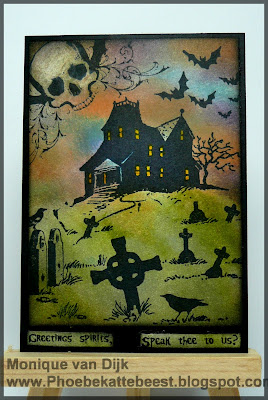 Congratulations ladies!!
Please grab your badge and display it with pride!
Now for the winner of the $10 store credit good for
Stitchy Bear images is....
Elly!! 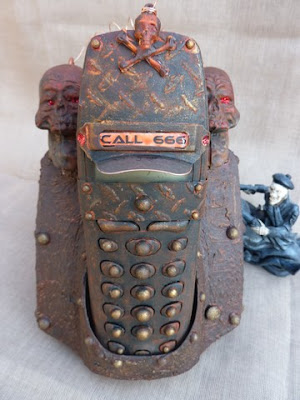 Wicked cool altered cordless phone!
Please contact Barb (email addy is in the sidebar)
to lay claim to your prize!
Please stop by all of the winner's blogs
to get a better look at their fabulous creations!!
Thank you to everyone who played along last week.
We really enjoy seeing what it looks like when you
craft on the dark side!!
﻿
Posted by Creepy Glowbugg at 9:04 PM

Gosh....expect the unexpected? That's so cool. Thanks for voting my phonepunk. I am really surprised and overwhelmed.
Elly (:o)

I too love lost girl and the walking shoe festish that is the ever wigged Kenize.EE