*Please see the sidebar for HDH Macabre Monday Rules*
(Note: entries not following the guidelines are not eligible for prizes or badges)
Ok, macabre fans... your challenge this week:
HDH126
"Grimm's Grimmest"
You are to create a dark, Gothic, or Halloween-based art piece
based or inspired by one of  the
tales of the Brother's Grimm.

There are well over 200 tales to choose from and you may be
surprised by how brutal and horrific the original tales
were actually written.
For example, did you know that in the original version of
Cinderella, (translated from the original "Aschenputtle")
in order for the wicked step sisters to get their feet to fit into the
slipper that one hacked off their toes and the other her heel?
It would seem that most of the tales ended with some sort of
bloodshed and death. Quite a long cry from the watered down
versions we were raised on from Disney and Scholastic books.

Oh! And let's not forget that this challenge is being
sponsored by none other than fellow Minion, Ike. 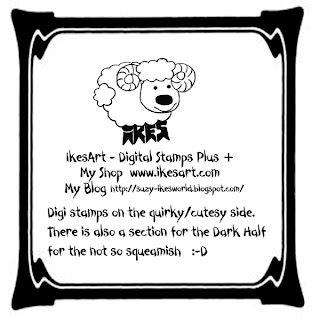 Ike is not only a masterful crafter of the darker side,
but she is also a wonderful artist who has quite the
selection of wonderful digital art available in her shop, Ike's Art.
She is offering up her Alice in Wonderland set of digis
as the prize for this week's challenge.
With that kind of incentive how can you not play along?


Check out what the Macabre Minions have created
to inspire the Grimm in you:

Sultana of the Sinister Lynx:

Agent of the Abominable Andrea:
hopefully, she'll be along later.
Our Devious Digital Demoness Susan
will be back when she is feeling better, hopefully soon!


Cadaverous Concoctor of Chaos Creepy Glowbugg:
will post on Wretched Wednesday, so check back!

Posted by Creepy Glowbugg at 7:43 AM

OMG! You guys must have stumped everyone on this one. Unless they are going to pullout some real serious kicka$$ stuff over the next day in a half. I want to do this one so bad but just haven't had any time to create over the last 3 weeks...damn kids and sickness!

Thanks for another fabulous challenge, I liked the theme! LOL I'm getting cloooooser and clooooooser to the dark side.... ;)